A range of sophisticated, custom-designed special-purpose drones for Armed and Border Security Forces, for tactical operations, ISTAR and emergency management.

Unmanned ground vehicles and drones are considered the future of warfare. Tactical Drones, in particular, are increasingly finding applications in sophisticated defence scenarios like military research, intelligence gathering at borders and on battlefields to carry out combat missions beyond enemy lines. One of the key advantages of drones is their quick deployability in tough mountainous terrains. Tactical drones are proving to be immensely effective for ISTAR (Intelligence, Surveillance, Target Acquisition, and Reconnaissance) and are being widely used by Defence and security forces worldwide. Tactical drones enable the forces to quickly launch time-sensitive missions while reducing risk to the lives of pilots and soldiers.

Mistral offers a range of Drone based solutions for emergency management and various tactical operations. These rugged solutions are designed to meet the demanding needs of Security and Armed Forces and are ideal for a range of applications such as high-altitude logistics delivery, ISTAR, mine detection and neutralization, combat, and target decoys, among others. We offer customized tactical drone solutions based on user specific requirements, to meet the varying demands of weight, flight altitude, payload capability, endurance, arm and ammunition integration, electro-optical features and ruggedness.

The integrated advanced AI technologies and visual algorithms in Mistral’s tactical drones aid intelligent mapping of defined geographical areas; detect and classify objects of interest, at low light and harsh weather conditions. This cutting-edge feature makes the drones ideal for cross-border surveillance and gain crucial situational awareness during a conflict. The rugged tactical drones are designed to transport in small SUVs or trucks and can be deployed in minutes from any terrain. These drones have a varying operational range of 3-10 km and can fly at an altitude of 5000 to 20,000 ft, based on the payload, EO and Arms specifications.

The tactical drones come with three flight modes, Manual, fully Autonomous and pre-mapped Autonomous. The user can define the mode of flight based on the operational needs. For instance, for periodic cross-border surveillance at a defined area, fully autonomous mode would be ideal. However, during a conflict wherein every second is crucial, Manual or semi-autonomous operation would provide quick insights to the operator. In case of link-loss (loss of connectivity with GCS) due to signal jamming or extreme weather conditions, the Auto Return Home feature aids the drone return to the launch safely.

Mistral’s rugged tactical drones are ergonomically designed and come with user-friendly Ground Control Stations (GCS). The multi-layered safety protocols ensure secure communication between GCS and the drones. Based on the application, the GCS can be designed to have single or dual displays to provide maximum usability and operational convenience to the operator on field. 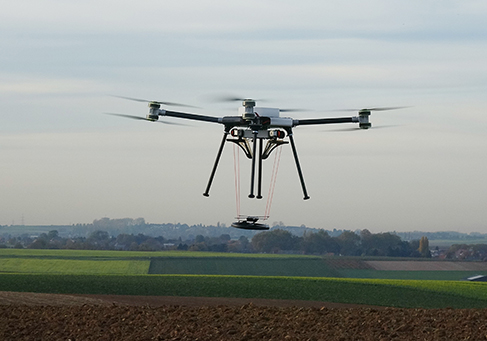 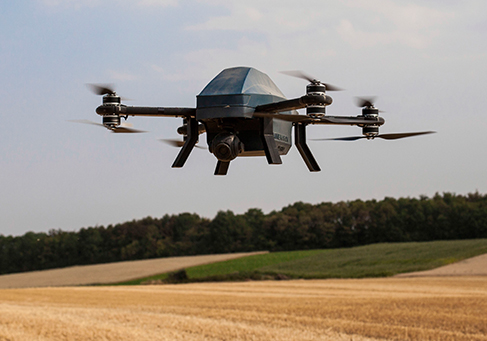 20 to 45 minutes of continuous operation

Quick swap of Battery and Payload

Mine Detection and Detonation Drones 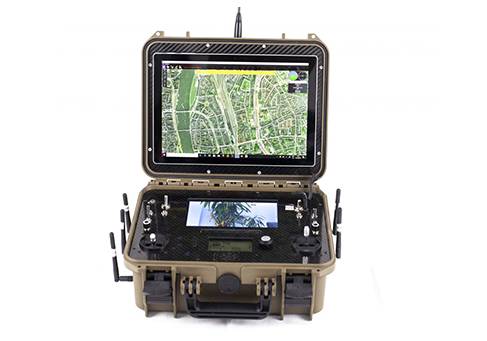 Controls the launch, flight, and return of the drone