Shrinking timelines, demanding costs and increasing number of features packed into a product; all these have ensured that middleware integration and middleware development have become a key component in the design and development of any embedded system today.  Middleware is the software layer that lies between the operating system and system software, and the user applications. Middleware integration is a critical part of any product. It allows connection between different end systems, performs data transformation, and application of business logic. Middleware development and middleware integration in complex, embedded systems like telecom, aerospace and defense industries help plan, design, develop, and manage safe, secure, reliable, and compliant mission-critical platforms.

What is Middleware integration?

Our Middleware Integration and Middleware Development services include 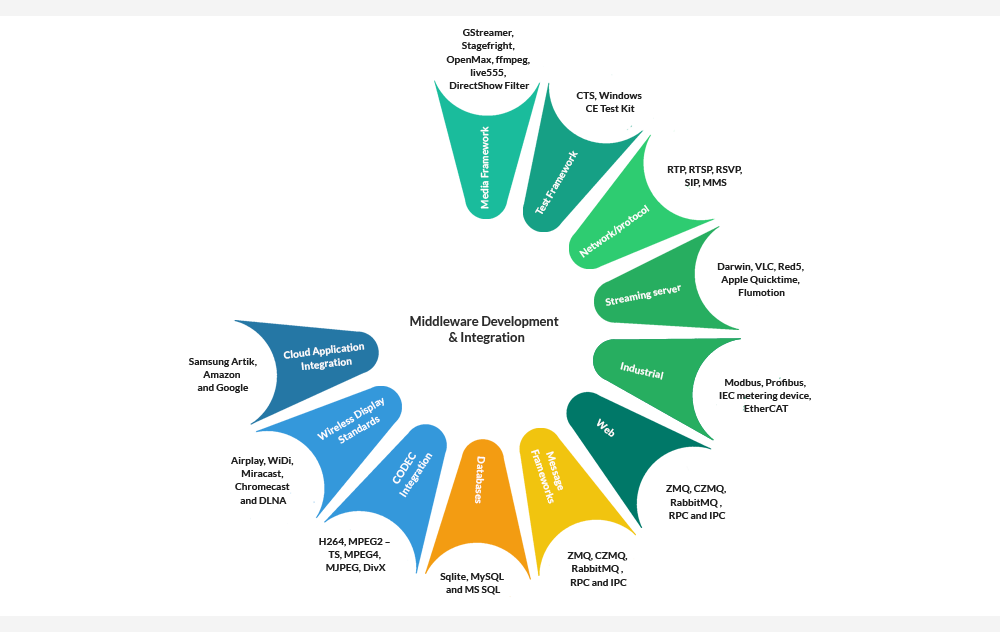