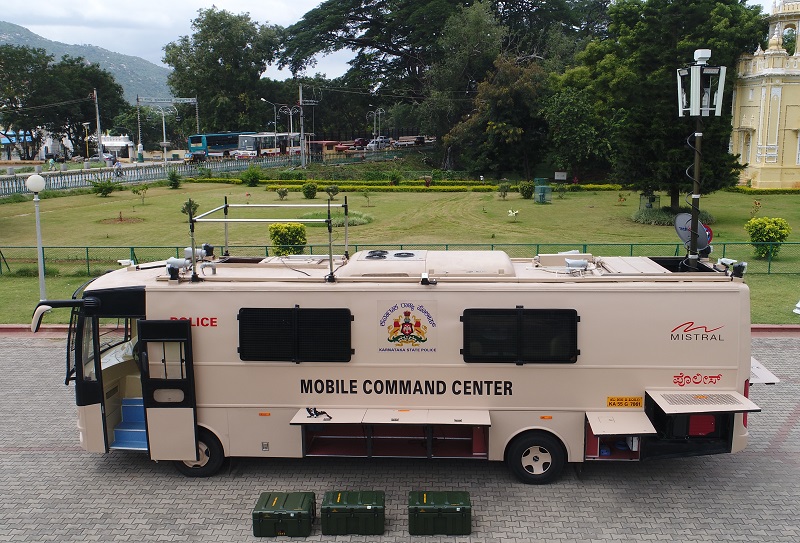 The Mobile Command and Control Vehicle is designed for Commissionerate of Police for Mysuru & Hubbali-Dharwad cities, under the jurisdiction of the Karnataka State Police. The Police were keen on inducting the Mobile Command and Control Vehicle with modern surveillance and monitoring system – to their armory for tactical operations and providing special strength to the ‘police eye’.

Mistral designed a highly integrated state-of-the-art Mobile Command and Control Vehicle with two primary operators, namely Communication and CCTV. The vehicle is self-contained in terms of power generation with a silent petrol Genset and UPS providing up to one hour of battery back-up. The Mobile Command and Control Vehicle can also operate using raw power according to the situation.

The Communication operator comprises of an Integrated Communication Switch, a Digital Console System that combine radio and telephony interfaces, enabling the user’s radio walkie-talkies to converse with multiple frequency devices such as GSM Phones and UHF/VHF/HF radios. The feature keeps the officers and first responders always on top of the situation by seamlessly communicating and engaging with higher authorities and general public, wherever applicable, during an emergency to initiate quick necessary actions as the situation demands. 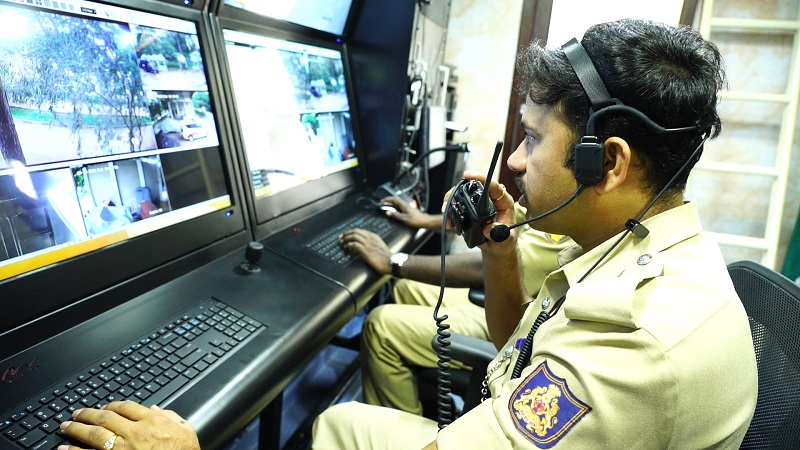 The CCTV Operator includes four full HD resolution cameras installed on four sides of the Mobile Command and Control Vehicle and an advanced mast-mounted PTZ Camera to record & stream finer details of the situation. The vehicle is also equipped with 10 battery powered wireless cameras for rapid deployment at strategic locations in the area of surveillance. These cameras play a vital role, recording the scene from various angles and heights as deployed, to provide deeper intelligence to the monitoring team in the Mobile Command and Control Vehicle. The vehicle also has four long-range Non Line of Sight [Non LOS] Body Worn Wireless Cameras that can be worn by the police personnel, streaming the live camera footage to the MCCV.

Read Full Case Study to know more about the Mobile Command and Control Vehicle, its features and other electronic sub-systems.